Photos and Update from Nigeria - and introduction to Rhizome

We have a partner organisation working in Nigeria looking at citizen-sourced journalism and using our mesh network as the connectivity among a number of camera-equipped cell phones, so that citizen journalists there can make a short video or news piece and then have it distribute automatically over the mesh using our Rhizome protocol.

Rhizome is our mesh file distribution protocol that allows user-created content and software updates to spread hop-by-hop over the mesh.  This hop-by-hop approach elegantly solves many of the problems with mesh-wide file transfer, in particular bandwidth starvation and instability of long links.

We have called it rhizome because it is like the vegetable reproductive process of the same name, because we think it is a good analogy for the way that Rhizome allows data to spread by small hops, but such that over time it can spread over great distances.

First, they sent photographic evidence of 10 IDEOS U8150 phones forming a mesh with our software:

They also sent us this picture which I really love, because it shows a community getting started with out technology thousands of kilometres from where we are writing the software here in Australia.  This is what it is all about, people using and benefiting from the software that we are creating and releasing. 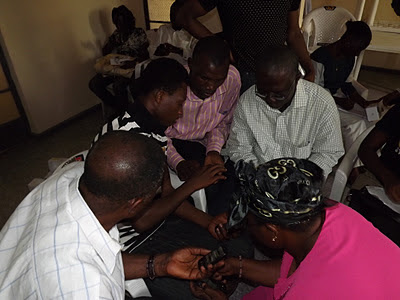 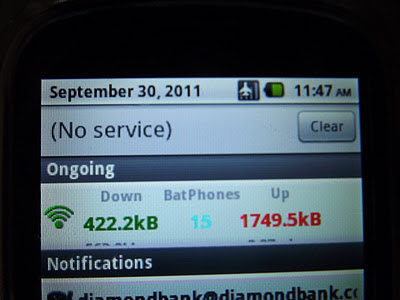 This is a great idea, and the Rhizome protocol will allow us to do this, however it introduces some security challenges.

In particular, we don't want someone or some party seizing or cracking our signing key, and then being able to spread a trojan update that destroys the Serval mesh.

One approach we are looking at is making the update require that the new version be signed by a majority of keys from a pool, where each key would be held by a different mesh-friendly organisation.   The pool of trusted keys could then be similarly updated by a majority vote of existing trusted keys.

If you think that your organisation might like to be one of our key custodians, let me know.
Posted by Paul Gardner-Stephen at 4:32 PM