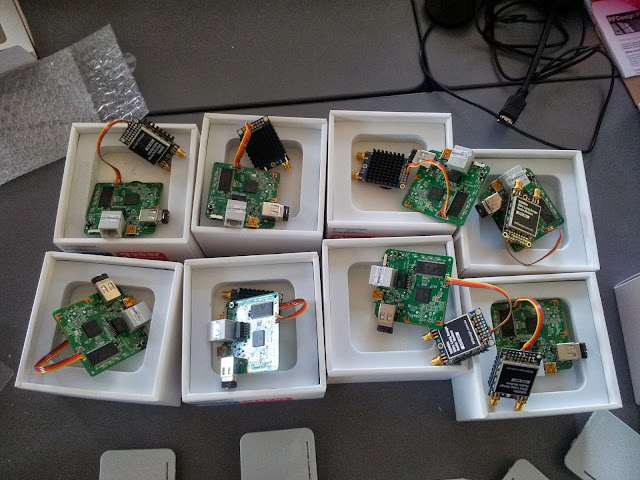 Our focus is now on fixing a couple of late issues with the mesh extender firmware so that it works at least for meshms over UHF radio.  Optimising the throughput for larger files will happen overtime, and be delivered as over-the-mesh updates.
Posted by Paul Gardner-Stephen at 11:51 PM 3 comments:

Jet-lag is not fun.  Nobody likes jet-lag.

But for me, the situation is more acute.

First, I live in Australia, so travelling almost anywhere involves substantial time-shifts. I still remember my surprise when going to a conference in China and realising that: (a) I wasn't jet-lagged; and (b) everyone else was instead. Such is the effect of living in Australia.

Second, I have a young family at home, and also teach at a University.  This means that most of my trips have to be kept to the absolute minimum duration.  Take my two most recent trips:

Trip 1: Adelaide -> Washington DC -> Amsterdam -> Adelaide in 9 days, including a complete 24-hour time shift, and heading East all the way, which is reputed to be the worst direction for jet-lag (a subject I'll comment on later).

Trip 2: Adelaide -> London -> Adelaide in 95 hours. That's right, I wasn't even gone for four whole days. But I had to be fully in the London timezone immediately for meetings two hours after landing, and then on the one whole day I was there because I was presenting a grand-final pitch at the Global Security Challenge.  I then had to be back in Adelaide time straight away on returning, because I was rostered on at church, and then had a meeting that afternoon.

If I had tried these trips three years ago, it would have been jet-lag city.  Fortunately since then I have learned progressively more about an excellent and (for me at least) easy way to beat jet-lag before it even happens.

This is the fasting method of which there are lots of descriptions online, including this one.  But I want to add to the record, first by confirming that for me it works, and second, outlining my simplified approach, and some comments about one of the causes of killer week-long jet-lag that has been revealed by the discovery of the ability of the hunger clock to override the circadian body clock.  But first the method:

1. Before departing, set watch to destination timezone.
2. Don't eat after 16h00 in destination time zone.
3. Try to sleep as much as you can on the plane so that you aren't sleep deprived on arrival (which is distinct from jet-lag, but no more fun). Pack an eye-mask or use the one they supply on board.  If you can manage it, snooze all the way on a 24 hour flight, with the odd movie etc to keep you occupied if you like.  The sleep part isn't important for the jet-lag, however, just your sleep deprivation, for reasons I will soon explain.
4. Do eat at 08h00 or similar sensible breakfast time in destination time zone.

When I say don't eat, I mean don't eat. Nothing. No fruit. No Juice. No oysters, roast turkey, custard pies or anything. Only water.


Why you can't even eat a little bit during the fast

The reason it is really, really, important that you don't eat during that 16 hour period is that your body needs to switch to "hungry mode", and get the idea that during that time there is no food coming. If you eat anything, no matter how small, during the fasting period, it is basically game over, go to jail, do not collect $200. Try again tomorrow, it's still better than having jet-lag for a week.


Why you need to eat breakfast at the right time

Now, there is a trick to this: Don't eat breakfast at the time you want to wake up, because you will begin to wake two hours before the time you ate breakfast. I can't remember where I read about this little fact, but once I realised it, suddenly a number of problems I had with the method previously made sense, and I was able to sort them out, largely by not giving in and eating at 05h30 or 06h00 instead of a couple of hours after I wanted to actually wake up.

Basically your body tries to be wide awake at breakfast time, whenever that is.  So if you have breakfast at 06h00 you will wake at 04h00, which was exactly the sort of problem I was having when I first tried this method.  Once I sorted that out, it worked beautifully for me.


How to have the worst jet-lag ever: eat in the middle of the night

Once I realised how that the hunger clock resets the circadian rhythm, and has this 2-hour preamble built into it, the jet-lag horror stories of several friends suddenly made sense: They got up in the middle of the night due to jet-lag, went out and partied, or ate something and watched a movie and then went back to bed.  Every time they did this, they encouraged their body clock to move 2-hours back.  I now believe that their horror stories of week-long jet-lag suddenly made a whole lot more sense.

It also started to occur to me that many people who claim to be "night people" on the basis that they have trouble getting up "early" in fact are poor or late breakfasters.  It might be for many (I don't claim all) that if they force themselves to eat a substantial breakfast within 2 hours of their rising time that they might be able to pull their body clock forward that little bit, and keeping it there.  This is only conjecture, since I am basically a morning person.  I welcome people reporting their experiences.

Posted by Paul Gardner-Stephen at 1:04 AM 3 comments: 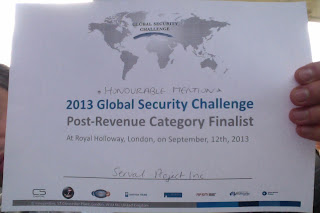