A little side project we have been looking at is using Serval to support tourism activities in regional and remote Australia.

The idea is that we want to create infrastructure-independent communications nodes at points of interest around Australia, that together we would call "The New Bush Telegraph" or "The New Overland Telegraph."

Each station would consist of a replica bush telegraph pole, preferably manufactured in regional Australia (more on that in a moment), that has a variant of the Mesh Extender that can serve tourist information via Wi-Fi, and be itself updated via the Serval Mesh, so that the maintenance of the system is as simple as possible.

We had a student work on part of this earlier this year, working out what dimensions we would need for the replica insulator, so that it could fit the necessary electronics (Mesh Extender + batteries) inside, to keep them out of the weather.

We then contracted the Pilliga Pottery to make the prototype earthenware insulators.  The Pilliga Pottery are themselves a regional/remote Australian business, and are also the largest pottery in Australia -- so they were a natural choice for us to work with.  I had also seen some of their work during a family holiday last year, so I knew that they could do the kind of work that we were looking for.

Anyway, while I was away in Samoa and Arkaroola on work trips, the prototype insulators have arrived!

Here are our two nice boxes direct from the Pilliga Scrub (fortunately the dingrel didn't get them): 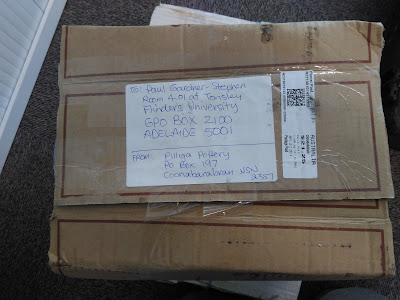 You can tell it has come from regional Australia, because it is tied with bailing twine: 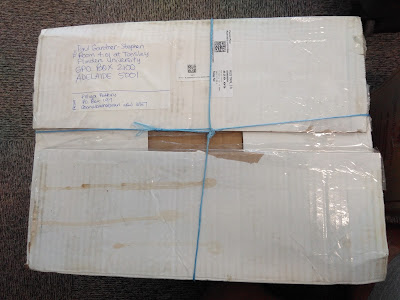 And padded with egg cartons from Coonabarabran: 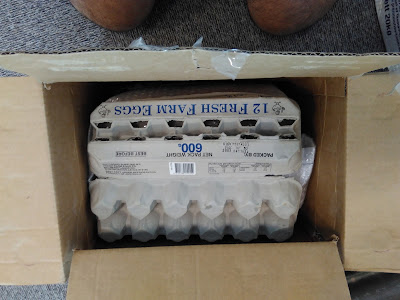 Finally we got down to where our new insulators were hiding: 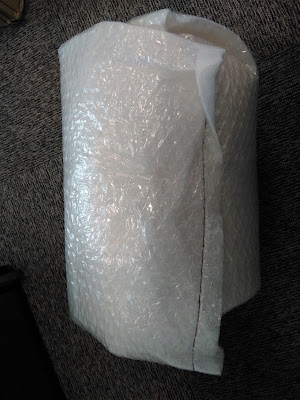 We had told the pottery to choose whatever colours and painting they wished, so it was a moment of surprise to see what colours they had chosen: 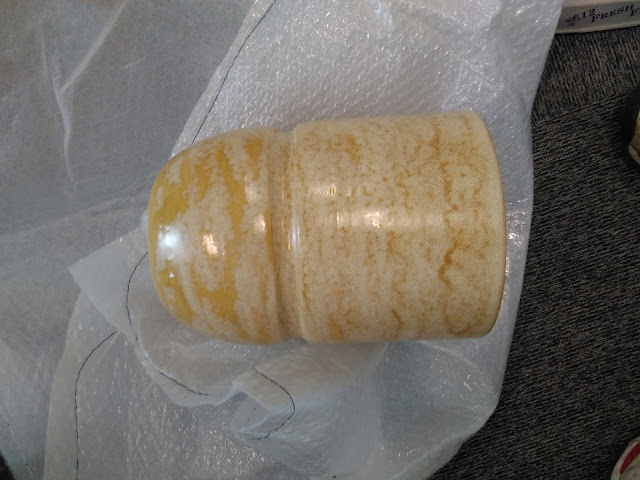 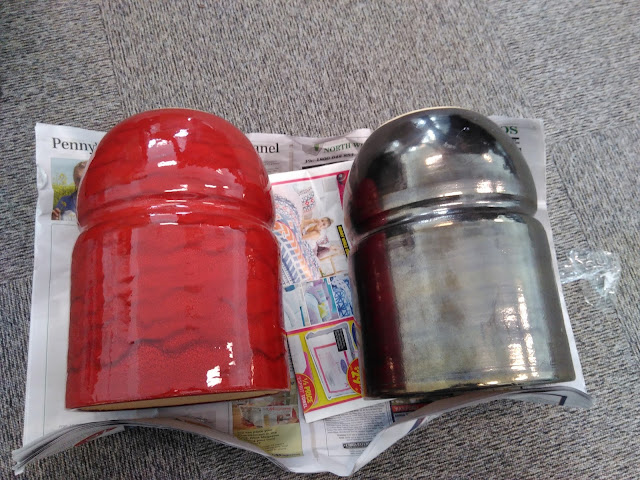 Well, it looks like they have given us three quite different and interesting colours.  This is really nice, because we want each station to be distinctive, to add a further bit of interest to the stations.  Here they all are lined up on our bench: 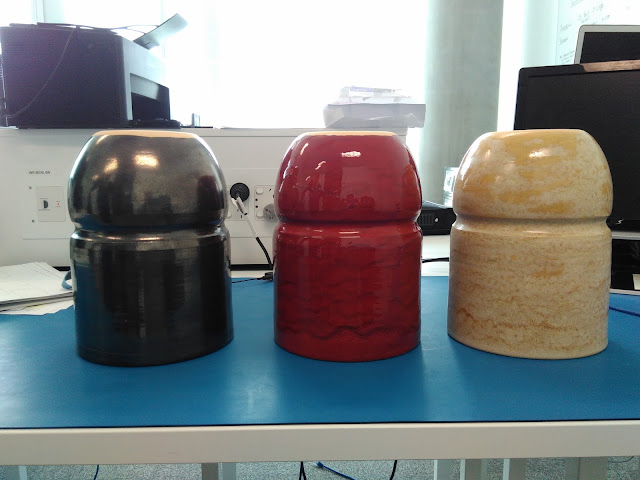 So the next step is to get some poles, hopefully made by Arrium Steelworks in Whyalla, solar panels and electronics, so that we can make complete prototype units. This will be much easier once we have the new Mesh Extender prototypes, that should include solar regulators and LiFePO4 battery charger circuits (more on that in another blog post), and might need to wait until we have a student to continue to drive the project forward.
Posted by Paul Gardner-Stephen at 5:54 PM 2 comments:

Again a rather short post, just to say that we are working with our contractors on the PCB and case design for the new generation of Mesh Extender prototypes that we will use in the Pacific next year, and likely in a variety of other places as well.

Together with everything else, this has me rather busy at the moment, so apologies for the lack of pictures and detailed information just yet.

Hopefully in a couple of weeks I will be able to share some of our design notes, to give you an idea of what we are hoping to build.

One big challenge is to make something that is both cheap, and sufficiently rugged to endure tropical maritime conditions in the pacific, and the boiling hot / freezing cold and very dusty conditions of the Australian Outback.

Another challenge is working around the short-comings of the USB mass storage capability of the Atheros 9311 SoC, for devices like the Mesh Extender, where power could be cut at any moment without notice.  This rather upsets some brands of USB memory sticks, potentially causing them to go read-only forever.
Posted by Paul Gardner-Stephen at 11:33 PM No comments:

MeshMS over 4km via UHF

Another short post as I try to get on top of everything at the moment to say that on our last trip to Arkaroola we successfully tested the UHF packet radio functionality over a distance of about 4km.  This was from the observatory ridge to Coulthard's Lookout.

With the setup we were using, we had about 50% packet loss, and jet LBARD kept persevering, and delivering MeshMS messages within a minute or so.

We did see a recurrence of a bug affecting a corner case of LBARD operation, where sometimes you have to send a 2nd message to flush out a stuck first message.  However, this should not be too hard to fix.

This weekend I fly out to Samoa to meet some folks there to talk about our AusAID / Pacific Humanitarian Challenge grant to run a pilot using Mesh Extenders there, and it will be nice to show off the UHF functionality while there.
Posted by Paul Gardner-Stephen at 11:28 PM 2 comments: