We are getting to the end of our third trip to Vanuatu, so I figured I really ought to post about our second visit.

This visit was shorter than the first, as it was primarily focused around the UN World Food Programme's regional Emergency Telecommunications Cluster (ETC) meeting, which has representatives from Vanuatu, Samoa, Solomon Islands, Fiji and Tonga.  The purpose of this meeting is to help the relevant folks from each country to get to know one another, as well as to learn more about what is happening globally, and to find solutions to the problems that they are facing in their region and specific countries.  This is the second time I have attended this regional meeting.

Together with Andrew Bate we spoke about the Serval Mesh and our pilot here in Vanuatu. 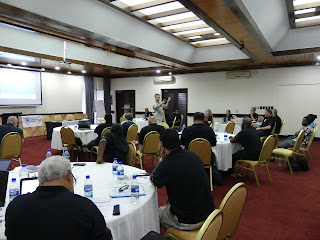 There was strong interest with plenty of people handling the Mesh Extender prototypes: 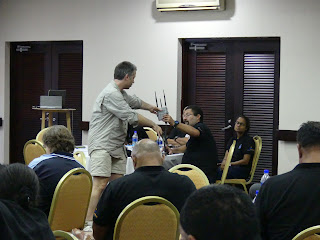 And then giving the Serval Mesh a try.  In the Pacific where telecommunications is almost always a challenge, there was no need to convince people of the need: Rather they wanted to know when the Mesh Extenders were available for purchase, and at least one asked why we weren't running the pilot in their country instead! 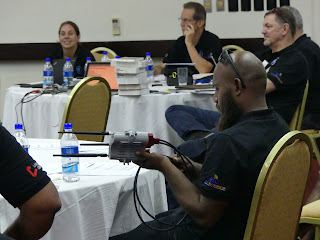 The interactive demo was lots of fun, with many people around the room trying it out. 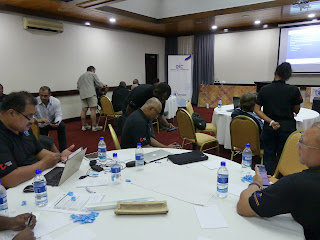 But what I really love are situations like that captured in the following photo, where people start showing each other how to use it: 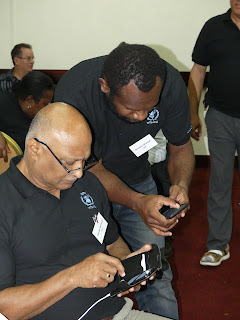 After the indoor demo, we later had a session with other presenters where we went outside to let people have a further hands-on of the various technologies being discussed. So I soldered up the correct connector onto a solar panel to power a Mesh Extender directly from that, without even a battery, using the built-in solar regulator in the Mesh Extender: 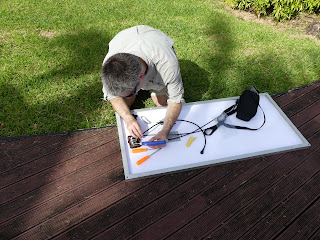 Then found a suitable coconut palm to attach it to (this is the tropics, after all): 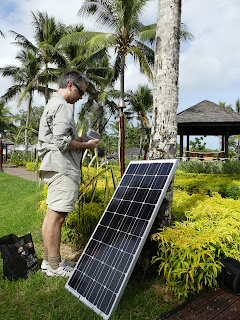 Held firmly in place with an octopus-strap, i.e., bungie cord for those of you not from Australia: 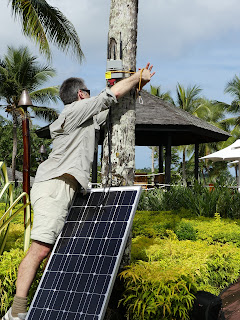 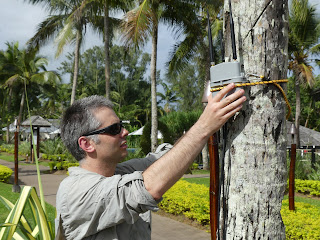 Then it was open-season for the Mesh Extender.  Again, it was great to see a wide variety of folks from different countries and organisations in the Pacific trying it out: 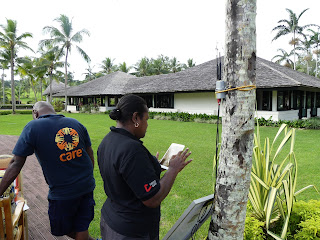 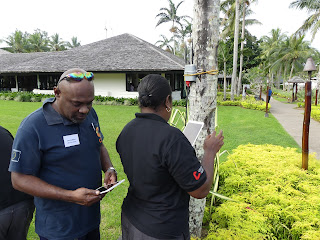 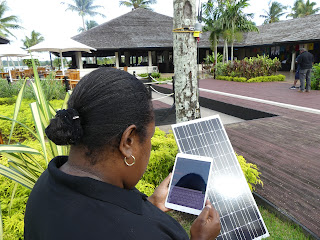 Again, I just love it when people start showing each other how to use it, without any involvement from me. At that point we have victory! 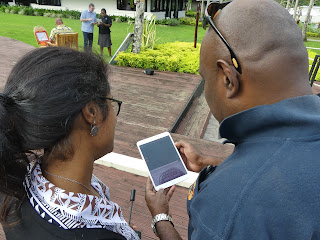 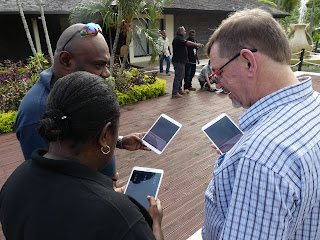 Also, we discovered that the Mesh Extender is approximately one hand in size: 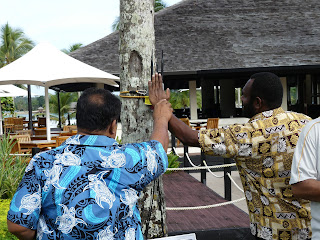 Then later in the week we had an impromptu meeting with the Vanuatu Ministry of Health, where we repeated the hand-on test, but this time all I did was supply the equipment: They did the temporary installation themselves: 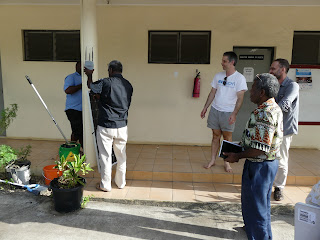 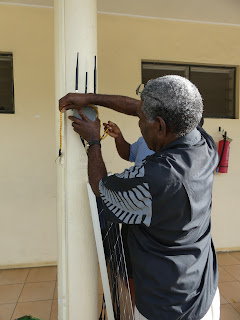 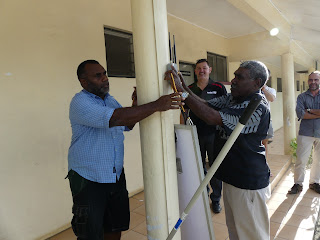 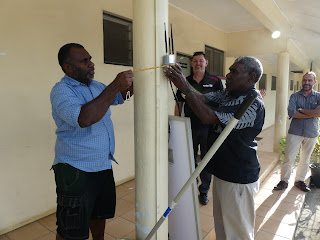 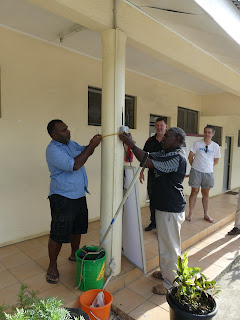 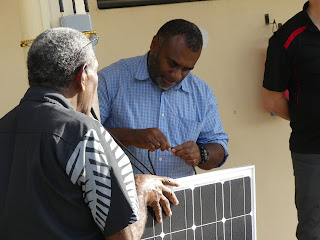 Then it was another encouraging session where everyone was trying it out and showing each other how it worked.  There were also some folks from the UN World Health Organisation there, who were very interested in how it could be used to help with disease and public health data collection. 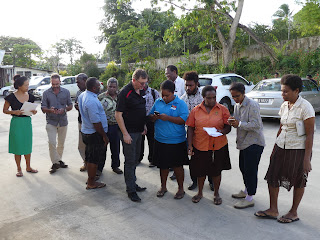 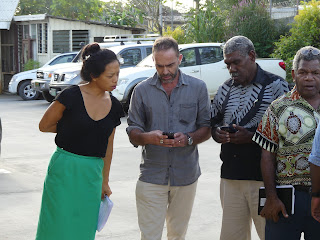 One of the other great things is seeing not just men using Serval, but women as well, and women showing other women how to use it.  This is important because the more that a technology is used by all kinds of people in a community, the more likely it is to succeed. 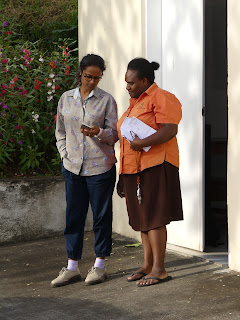 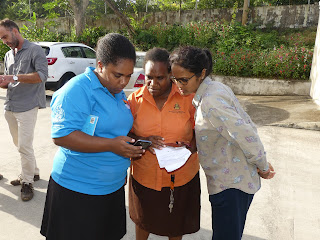 Posted by Paul Gardner-Stephen at 9:03 AM 2 comments: