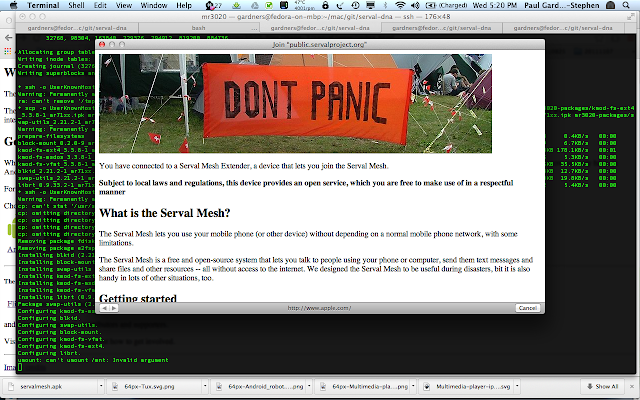 But for now, I am happy that we have the main functions of the mesh extender firmware functioning.
Posted by Paul Gardner-Stephen at 11:00 PM 1 comment:

[Update: the design files to make your own tower are now available via this post.]

I have been helping some mechanical engineering students from the side-lines with a project to make an open-source rapidly-erectable communications tower, with internal space for comms gear and batteries.

I hadn't caught up with them for a few months, but today was student expo for the department, and so I went down to see what they had created.

It was very pleasing to see a nice that they had indeed managed to make a 6m high tower that can be assembled in less than 10 minutes, and consists entirely of common hardware and a few 3D printable parts, as you can see below: 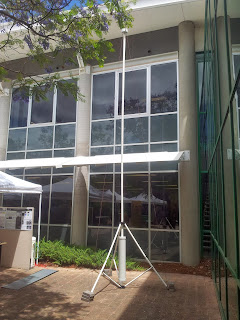 And again with one of the students who designed it for scale: 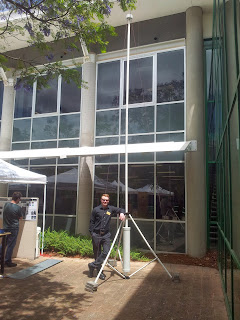 The design uses three guy ropes for stabilisation, and was designed to accept an 85m/s static wind load.  The practical limit would be less than that under realistic dynamic wind conditions.

Following my suggestion, the entire tower when broken down is small (<140cm total linear dimensions, approximately 1m in longest direction) and light enough (19kg) that it can be included in checked luggage on a normal commercial flight. 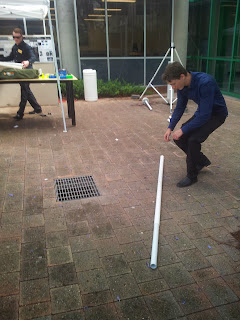 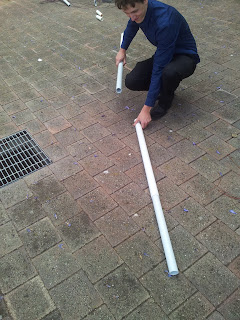 By using only common plumbing components and a few 3D printed components, it could in principle be manufactured (or repaired) in relatively infrastructure deprived settings, provided you had a 3D printer, of course. 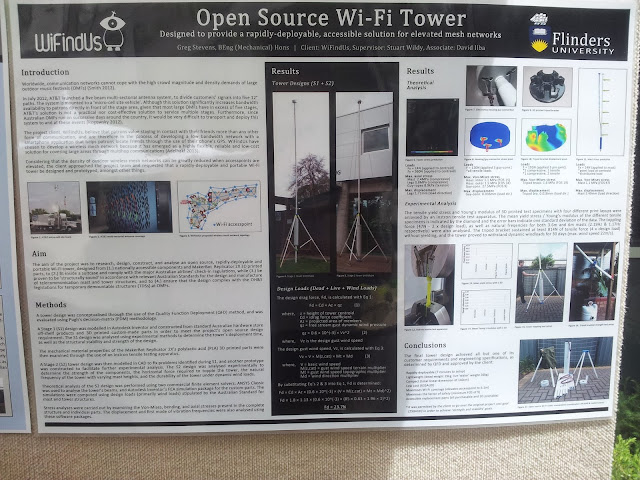 Think you'll have trouble finding 3D printer filament?  Then you might want to make use of one of the other student's projects, turning plastic milk bottles into 3D printer filament.  That project has a bit more work to do, but the general concept is there and working.  There are also some other projects around the world working on the same kind of resource scavenging approach. 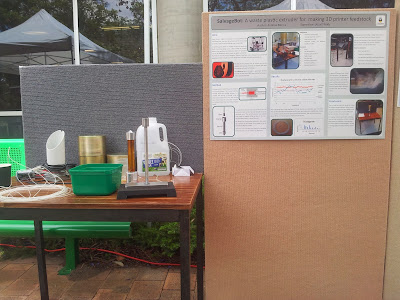