We have had a request from the head of the Disaster Research Centre here at Flinders University asking for volunteers to help re-map Vanuatu following the category 5 cyclone that hit there in the last few days.

Here is the call for assistance:

The United Nations has just activated MicroMappers to support their rapid damage assessments in Vanatu following the Category 5 Cyclone. You can accelerate the UN's efforts by donating a few minutes of your time. Simply click here:

Posted by Paul Gardner-Stephen at 4:08 PM No comments:

OSX Yosemite Printer keeps pausing, and gets stuck on "Ready to print"

If you are printing to a PaperCut server, apparently printing can have trouble from a mac running Yosemite, due to the improved security in CUPS 2.0, which is part of Yosemite.

The interim solution is to relax the sandboxing policy in CUPS 2.0, so that it behaves like it used to.  Of course, it would be better if PaperCut fixed the underlying problem in their software.

The short version of what to do is:

The long version can be found at:

Under a grant from US-AID we are in the process of adding some low-bandwidth transports to the Serval Mesh.  Ultimately, this will hopefully include Wi-Fi Direct service directory, Bluetooth Device Names, as well as using those transports directly.

What Jeremy has achieved so far is to use Bluetooth with an automated peer discovery.  That is, if two phones running Serval Mesh have bluetooth turned on, and at least one of them is marked discoverable, then Serval Mesh on the phones will automatically create a bluetooth serial connection, and start transferring data as though it were another wireless interface, which, after all, it is. 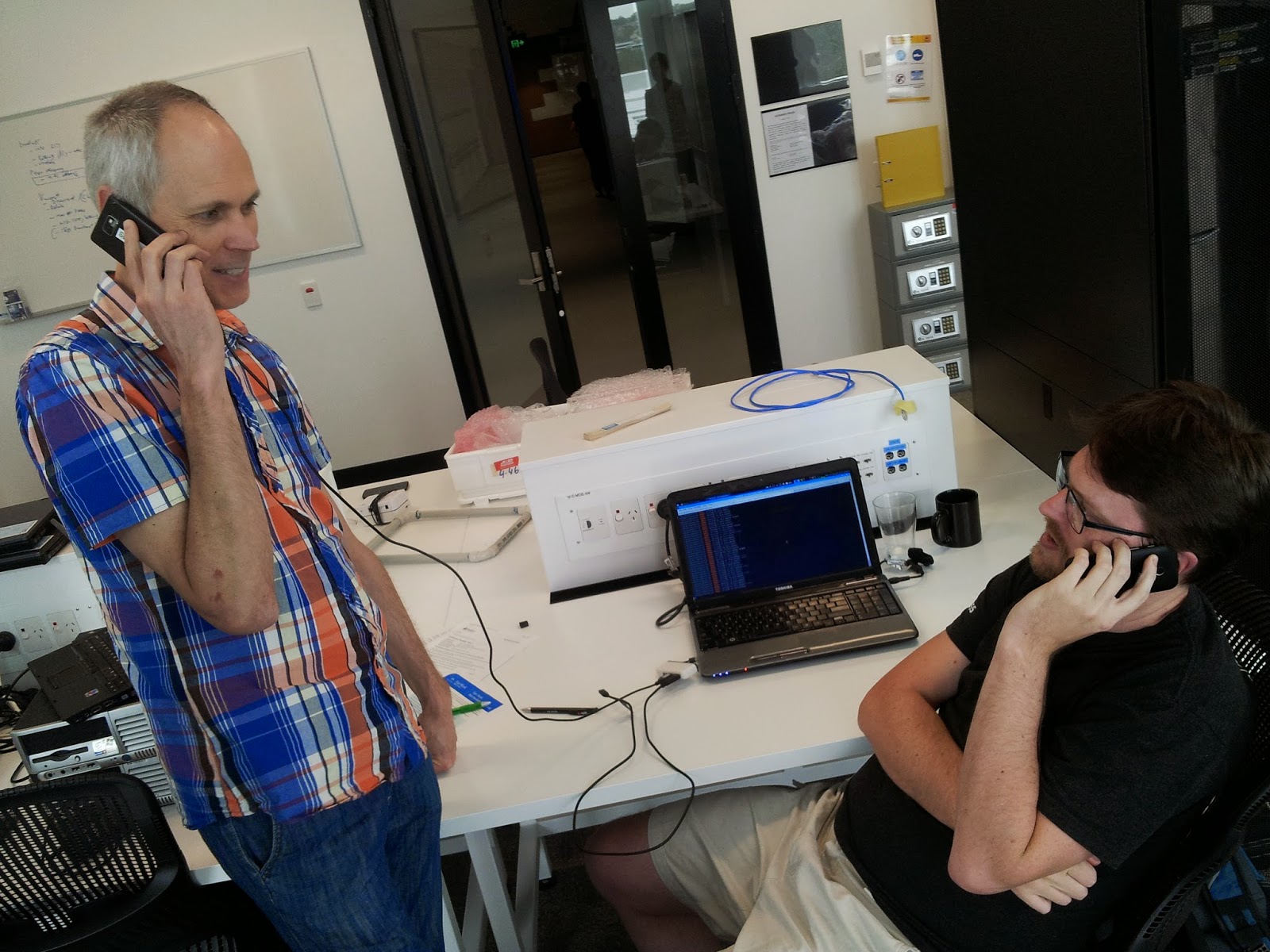 The in-call latency is probably around 800ms, so quite usable.

And here we have an upside-down MeshMS conversation.  MeshMS messages deliver in just a couple of seconds if there is no other Rhizome traffic. 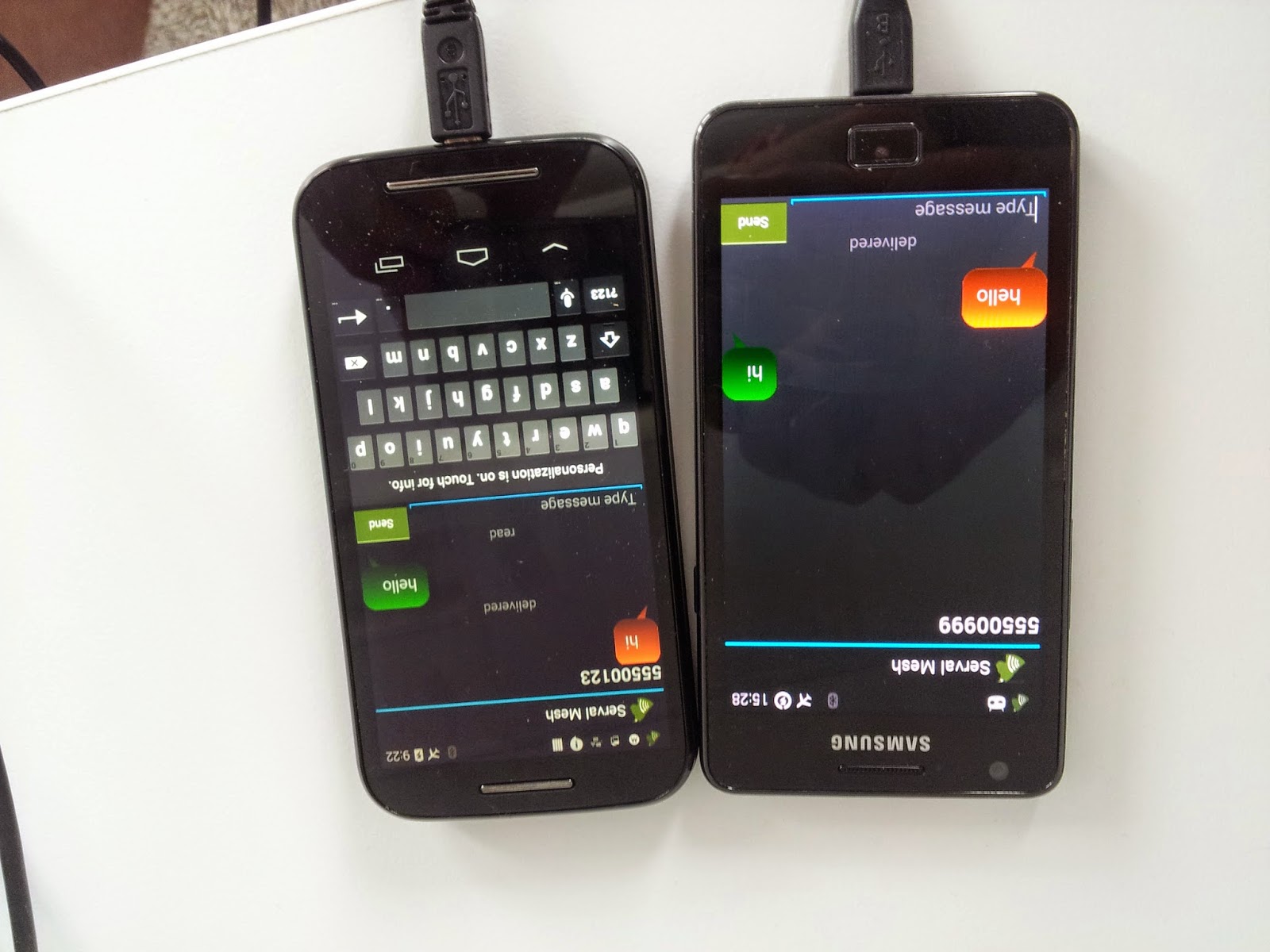 More posts as we make further progress.
Posted by Paul Gardner-Stephen at 9:20 PM No comments: