The march of technology keeps driving the price of low-end Android phones ever lower.

Economics is a strange beast at the best of times, and all the more so when it comes to the price of mobile phone handsets as various subsidies can reduce the price substantially.

The result is that the cheapest countries to buy mobile phones are those where the carriers are willing to offer the deepest subsidies, and it isn't always obvious which countries those are.

My anecdotal experience suggests that the two cheapest countries, with prices generally similar, are Kenya, which makes sense since GDP-per-capita is relatively low, and Australia, where, well, to be honest I don't really know.

We have previously bought Android phones like the Huawei IDEOS U8180 for AUD$50 - AUD$70.

Then the other day I noticed that the local supermarket is selling an Android phone for AUD$40, and I thought that was cheap: 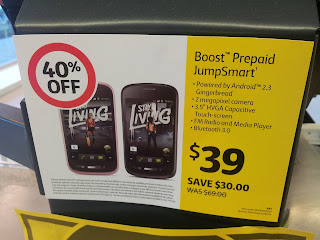 But then the local Post Office catalogue arrived offering the Huawei Y100 (U8185) for AUD$29 including a 2GB microSD card and $2 starter SIM card with Vodafone: 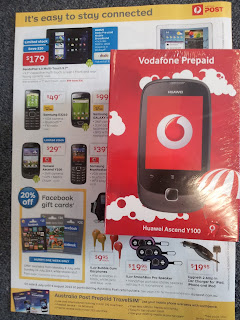 This $29 wonder includes GPS, Bluetooth, an 800MHz processor and a screen so small it almost hurts. Basically they are a 50% faster version of the U8180's we are so familiar with.  The extra speed makes a noticeable difference.

We had the latest version of the Serval Mesh running on it within a few minutes: 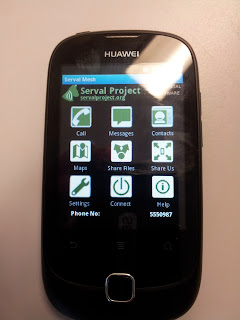 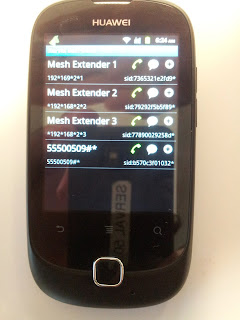 Sure, both of these phones are also benefit from discounting through the retail chain, in much the same way that all the Android phones around the $50 mark were a year ago.  History suggests that Android phones at this kind of price-point will become regularly available over the coming year.